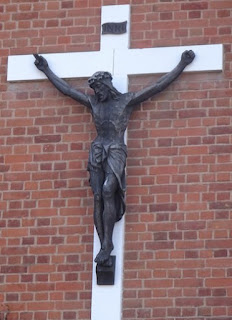 To make things a bit easier here’s an ongoing list of places I’ve visited in a roughly alphabetical order and the date of that visit. If I ever work out a better way to organise things, I will!


I'll award a prize to anyone who can identify the church above just from this small detail - email molyvos@hotmail.com


Posted by Matthew Salisbury at 04:16 No comments: