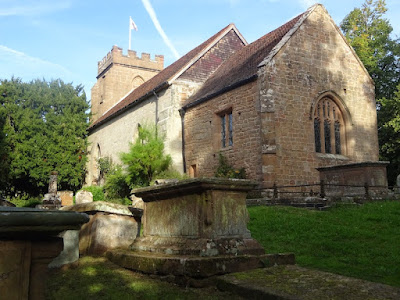 This has been a weekend for things drawing to a close. I enjoyed the Last Night of the Proms but I’m always slightly sad to see the season end. It’s the same with the cricket as the Ashes series nears completion. Soon it will be football and Strictly - just as enjoyable for me but proof of another shift in the calendar.

We get very used to things being in the same place in a calendar year and, with that familiarity, it’s easy to build up a resistance to change. The same is true in the church calendar I should expect. We know where we are with Easter, harvest, Christmas and so on. No need to change things, just let matters continue as they have for generations. But complacency can be dangerous.

Ashow Church this morning is in ‘Ordinary Time’. I’ve not come across this before but it seems like a period which is not part of a set-down festival. A free lesson on the timetable perhaps. The church’s own choice of what to focus on. 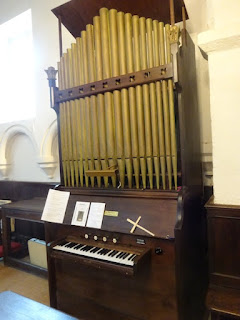 It’s certainly a chance to take a step back and reassess, an opportunity to do some housekeeping too, both physically and mentally. And, as becomes apparent, there’s a great need for that.

The Assumption of Our Lady church, to give it its full name, is a very attractive church. It sits on the edge of the village overlooking the passing river and is a recognisable point along quite a few country walking routes. By chance I’ve chosen to walk here this morning along a path and lane from Kenilworth. It’s a good way to arrive but as I always do, I’ve set off far too early and I’m rewarded with half an hour’s reading on a very pleasant bench.

Inside, the church is traditional. There are wonderful pews with high screen surrounds. I think I like these rather in the way I always fancied having a box at the theatre.

I am also quite taken with the splendid compact organ. It only has the one small manual and fewer than half a dozen stops but the sound is good and, in the hands of a decent player, we’re even treated to a spot of Bach. It’s all the more engaging because the organist has the shallowest of platforms and his stool has to be kept level by the strategic placing of two small piles of hymn books.

It’s a standard communion service but with one difference. Instead of preaching a sermon, the vicar Nikki Moon has chosen to address a few words about the position in which the church finds itself.

In common with many of the fine old buildings whose presence we take for granted, this church needs work to halt the ravages of time and the weather. Church repairs are never cheap and there will have to be some very active fund-raising to pay for what needs to be done. But the crumbling fabric of the building is, you’d have to say, not as pressing as the problem which lies within. 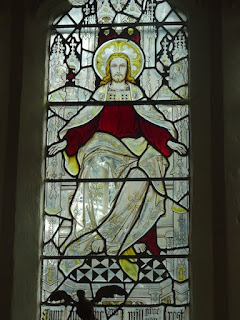 Nikki is vicar to more than one church. Like many I’ve encountered on my travels she has to divide time between flocks. If the churches are close enough and time permits, it can be done. But time is the problem here. Being vicar of Ashow and Stoneleigh is deemed to be a part time role. Nikki’s time covering the job is coming to a close and the viability of both churches surviving with one part-time 20-hour vicar is questionable - particularly with another long-term reader becoming unavailable and nobody steeping forward so far.

So the message to the congregation is clear: Take up some of the strain somehow or the future could be bleak. The trouble is that this crucial message is being given to fewer than a dozen people most of whom are already doing their bit. And this, to a certain extent is where I came in at the start of the year. Falling numbers and, without wishing to be indelicate, a steadily ageing congregation is a far from healthy position.

From my wanderings this year I can only report that in some ways the good news is also the bad news. Ashow can take comfort from not being alone in its predicament - but the reason for that is that nobody else has yet come up with a guaranteed, rapid route back to health. Cutting the number of services or sharing them around between similar churches is fine, but only as a way of disguising the paucity of attendees. What the church needs now - and not just in this tucked-away corner of the faith - is more people. A lot more people

Judging by the confusion, disillusionment and grief sweeping this divided country at the moment, there are an awful lot of people around in need of a calm. clear direction. Periods of trouble and worry are traditionally prosperous recruiting times for the church. It’s just a simple task of getting them to come in through the doors and fill the pews. And in that task I don’t envy hard-working people like Nikki. 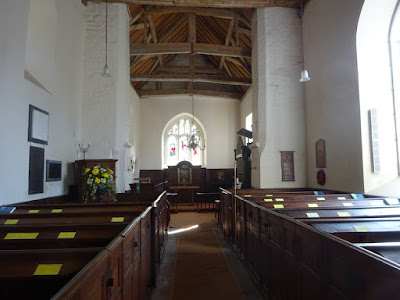 Posted by Matthew Salisbury at 09:52 No comments: