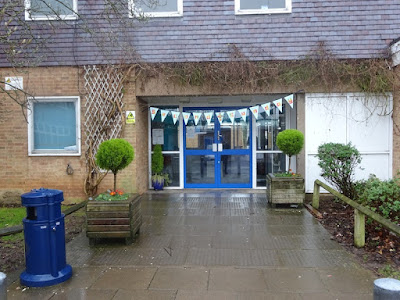 Knight’s Meadow has grown hugely even in the time I’ve lived in Kenilworth. And it’s set to get bigger still with more new homes planned. The current thinking on urban planning is to make developers factor in schools, shops, pubs, green spaces, maybe even a community centre - but not a church. So the thousands who live on this burgeoning side of town would find themselves a fair stroll from the nearest church if St John’s hadn’t come up with the idea of planting a church in the school.

It’s an idea which has now been filling a gap (and more) for 25 years. It feels every bit as established as the school which hosts it. At least one of those who made it happen all those years ago is still here and there is as great a sense of pride in this church and what it offers as in churches with a much more visible, solid presence.

Thankfully I know my way round this school quite well or I might find it hard to track down where we’re meeting. I’ve been to quite a few parents’ evenings here and decades ago I performed in a play on this stage. It’s an odd place to be especially on a Sunday morning when the rest of the site is locked up and empty. But the welcome is as warm as any I’ve received - nice to bump into people I know. 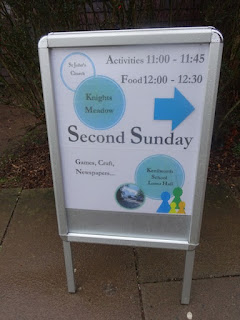 This being the second Sunday of the month the church is holding its morning of activities (including making eve-of-Valentines gifts of sweets) and lunch. That means the usual school hall is filled with craft tables and preparation for lunch and so the short service is held down the corridor in one of the classrooms.

As small services go it’s hard to imagine anything smaller. Desks pushed back to allow a tight circle of plastic chairs. The only thing marking this gathering out from being a hastily-arranged school staff meeting is the simple wooden cross balanced on top of a stool around which we all sit. Fittingly the schoolwork displayed on the walls is from pupils’ explorations into different faiths. I wonder if 40 or more years from now any of them will be undertaking exactly that sort of exploration as I am now.

This morning’s ‘prayer and praise’ is given by a lay leader who alternates readings with prayers all on the subject of the many names of God. We have three short songs led by a member of the gathering but with no music to back it up. Not for the first time I’m struck by how the removal of all the familiar trappings of a service - the vestments, the decor, the music, the liturgy - shifts the emphasis back onto what’s actually said. It’s a very simple message about how being loved means you’re never left alone in this world. 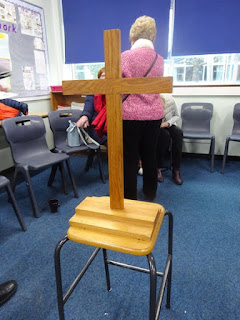 There’s no sermon as such, just an invitation to allow thoughts to dwell on the theme. There is a recording of a song to listen to, but working the Bluetooth speaker proves difficult and so we hear it on a phone held out for us. We’re probably not the first group of people to be found listening to music on a phone in this classroom but thankfully without the threat of confiscation.

Over a coffee in the school hall afterwards I get the chance to talk about this project and one comment made by Roger the former vicar of St John’s stays with me. He’s been round a few churches in his time and has taken great comfort at how much they have in common. That’s something I’m noticing too despite some outwardly different approaches.

In these politically-correct days of having to be transparently fair to all sides, it’s testament to the value of the work the church does that the school has never felt pressure to end the relationship. Proof that when there is a need or an opportunity and people can work together with vision and flexibility, good things can still happen.

As a postscript, while I’m back at home writing this entry, a gift of sweets plops through my door. I suspect Ken and Sue might be behind that and I’m very touched by such a kind gesture. 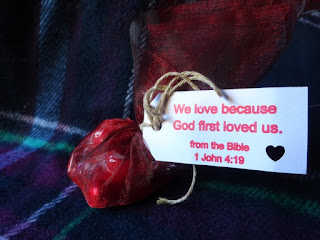