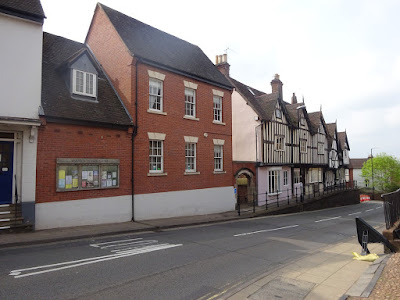 Why do we go to church? It’s not a rare question to ask, I know. I’ve pondered it many times over the years. It’s a question people have asked of me when they read this blog.

But today I’m asking it of myself in a slightly different way. I’m less concerned with the word ‘why’ and more interested in the ‘we’. To put it another way, WE generally go to church together and do church things together, and I’m wondering why that is.

It doesn’t happen in every single faith, of course. My admittedly limited experience of Chinese temples seems to show people going on their own, when they want and carrying out a very personal and completely individual communion with the Gods or with their ancestors. Many churches, Catholics ones in particular, have areas set aside for individual prayer or confession.

But for the most part, going to church is a collective activity. It’s observed at an appointed place and an agreed time. I guess one of the reasons for this is that we want to share with others. Hearing other people saying the same things we do helps to underline validity. By saying a traditional creed you are, in a sense, making others a witness to your beliefs while simultaneously serving as a witness to theirs. It’s as if collectively we’re all looking round reassuring each other that what we’re doing isn’t mad, isn’t absurd or unique and makes sense.

There’s very little such openly-expressed confirmation at a Quaker meeting; it’s as long way from the ‘all singing together’ feel of other denominations, hence my first question. I have been to a Quaker meeting once before, many years ago. Although it’s a distant memory I can recall enough to know what goes on. And if I can’t, there’s a very helpful leaflet written specially for those attending for the first time. It tells you what will happen - or, more to the point, what won’t be happening. Having sat in silence diligently reading my leaflet, it’s a full five minutes into the allotted time before I realise we have started. 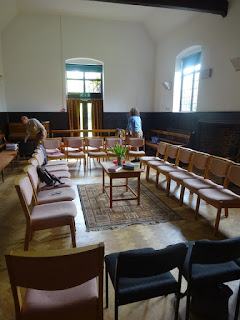 There are around people twenty at this morning’s meeting in Warwick. Eyes are mainly closed as far as I can tell, heads bowed. There are so many different layers of silence. This silence is stronger than respectful hush of a doctor’s waiting room, deeper than the quiet that falls after someone’s said something inappropriate. I’ve been among tens of thousands of people observing a minute’s silence in a football ground and always been struck by how such a potentially noisy gathering can suddenly be almost invisible through its silence. It’s the same here.

My leaflet helpfully suggests a few things I might like to ponder given the space and time to think by this collective silence. I try, never having found it a difficulty to fill my time with theoretical meanderings and slowly coalescing ideas. But,of course, my mind wanders too. Yesterday’s cup final, the ebullient excesses of last night’s Eurovision spectacular, this morning’s early car boot bargains and so on. I begin to wonder whether others are doing the same. Alone among creatures we have the ability to grasp the likelihood that other people have minds too, and all the random, extended virtual worlds that go with them. When it comes to their thoughts on this morning’s meeting and its wider significance I have absolutely no idea what they’re thinking. And with no creed to recite, no collective shared liturgy to rehearse I have no way of knowing. 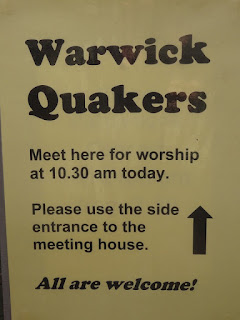 Quaker meetings stay in silent contemplation until someone decides to share a thought he or she feels would enhance the understanding in the room and advance us further. We have three such interjections this morning; one encouraging us to use our thinking time wisely, one reporting on historical points from a recent meeting and the last paying proud tribute to the musical offerings at a concert. To me they might seem unfathomably random, having no conceivable connection. But to each of their utterers they stand as natural conclusions to whatever road their thoughts were travelling. This, in turn, gives me something to think about and, in doing so, makes me see this silent exchange as every bit as lucid and natural as any conversation I’ve ever had.

After more reflection we’re joined by the children, who have been involved in their own activities elsewhere. They arrive full of energy but settle instinctively into the silence of the room, giving themselves over to their own thoughts. I’m struck, as I often have been on these travels, by the way young minds are content to accept as a perfectly rational norm, traditions, practices and behaviour we adults frequently have difficulty taking on board. Thinking about that fills my mind for a while too.

The time passes quickly and we’re suddenly shaking hands as the meeting reaches an end. Notices are given, new visitors are invited to introduce themselves and news is swapped. It’s a very supportive, highly respectful community. Afterwards I have a moment to compare stories with a woman whose circuitous spiritual journey brought her to Quakerism over a decade ago. Not having a creed to say, she believes, allows her to stay true to her faith but leaves her the wiggle room to find her own way within it.

I feel she’s right. You can’t really argue with a religion which offers you something to think about and then has the confidence and good grace to provide you with every opportunity to do that thinking. 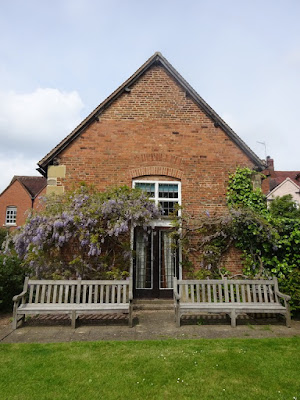 Posted by Matthew Salisbury at 11:35 No comments: