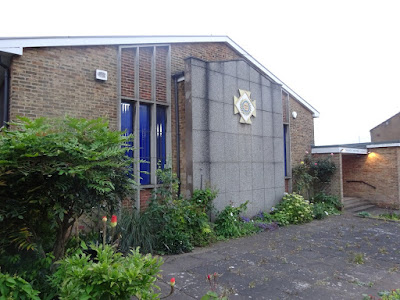 This Sunday being Father’s Day I thought it would be nice to have a chat with my dad. Spend some time together to catch up on news and compare notes on books and cricket.

The problem with this idea is that my father died almost thirty years ago. By a quirk of fate, last weekend marked the point at which I have now lived more days than he did. I’m now older than my dad. Now that would be worth talking about.

Those of us in the living world have been communing with the dead since time immemorial. Many religions - Taoism for one - still hold it as an essential part of daily worship.

Spiritualism offers perhaps the most overt claims to be able to bridge the gap to the afterlife for you; it’s not just the religion’s USP it’s its entire reason for existence.

This is - so says the wording above the door - the Spiritualists National Church. Inside there are no ministers, no religious trappings and little in the way of church goings-on. There are plain chairs, a hand-written sign asking for our £2.50 donation and a raised podium instead of any altar. It’s less like a church than a church hall really and the turnout of barely a dozen people coated up against the June downpours doesn’t help to dispel a fairly gloomy atmosphere. 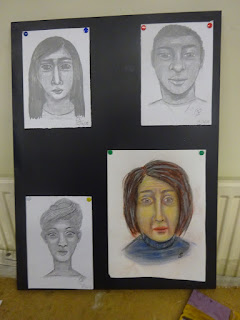 Before the service starts I’m given a pep-talk about the value and values of spiritualism. In the company of three other souls who have come here for the first time, I learn such diverse nuggets as how the church doesn’t believe in Jesus as there have been plenty of mediums before and after him, how the church committee is formed and that we all have a coloured aura which our guide is able to see. Mine, she tells me, is yellow and orange. She feels that means an open mind and a willingness to learn. She asks me what orange and yellow means to me. The MCC I tell her, probably scuppering her ‘open mind’ theory in an instant.

The service proper starts with two songs and I find myself singing Rod Stewart’s Sailing to a backing track. It’s a slightly absurd start but not wholly out of keeping with what’s to come. We get a prayer, but that’s the only faintly religious element present.

There is a rather tired stereotype of the spiritual medium experience; a smooth-talking fairground faker preying on the desperate hopes of the naive and terminally credulous. The experience which fills the next hour and a half, I have to say, does nothing to shatter that image.

In the hands of the visiting medium - Daniel, from Leicester, who looks like an estate agent - the information coming from the spirit world is invariably hazy and rather indistinct in its aim. He wonders if anyone knows someone called Mary in the spirit world. Or if anyone had a male figure in their life with brown hair. Woefully inaccurate stabs and generalised drivel follow at a steady pace always delivered as if searched from some indistinct middle distance just above all our heads. It strikes me that I’d back myself to be able to do this without a shred of training. Nobody from this world or the next tells me otherwise.

And then suddenly it is with a degree of dread I realise he’s looking straight at me. He has in mind, he says, a woman of small stature. Not tall. Quite old. With her arms crossed. My grandmother, he wonders? Stunning I say (to myself). I can’t trust myself to hide my lack of belief in this so I let him flounder on until he picks on someone else. 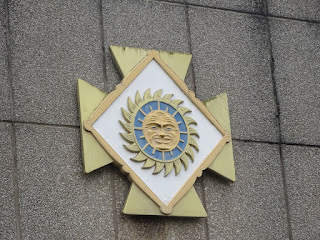 There’s no worship here, only a disappointingly meagre showmanship. I can’t even report that the experience was life-changing for anyone else. There were no truly enlightening moments.

The dead are always with us all the time. They’re in our thoughts and our memories. They’re in the special places we go or the daft, sentimental traditions we keep. They’re in the way we think and act and, as we get older, they’re there in the face that stares back at us from the mirror. We can reconcile ourselves to their failings, thank them for their love and come to terms with their absence and our loss any time we like. We just have to think. Perhaps if everyone searching for lost communication had the support and help they needed to realise that, there would be no need for rubbish like this.

In the end a perfect vision of my father does appear. But it’s not in the words of Daniel as he acts his oily part on the stage. It stems from a memory I have of my dad and me standing side by side in a church desperately trying to stifle our laughter about something. I can’t remember the cause but it was one of those moments when you are linked by the complete inability to control your body-shaking laughter. You can’t even look at each other for fear of starting the hysterics again. And I know that if he were to appear in flesh beside me now that he’d find this whole pantomime as batty and risible as I do. So perhaps he is speaking to me after all. 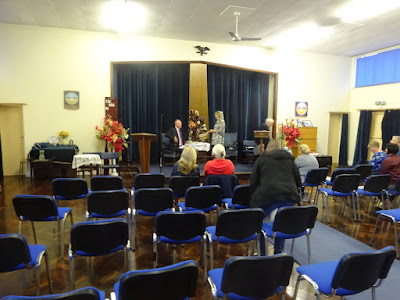 Posted by Matthew Salisbury at 06:21 2 comments: