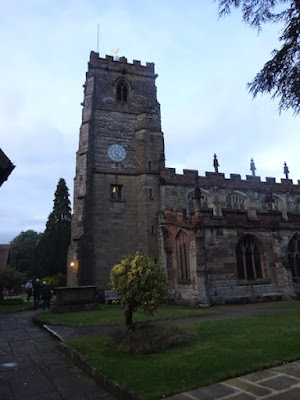 It is, of course, a popular misconception that being a vicar is an easy job because you only have to work one day a week. I doubt anyone really believes that, but I’m sure many would be surprised by just how far from the truth the idea is.

There’s a huge schedule of organisational duties, pastoral care, midweek meetings, community support and so on. And that’s before any thought can be given to the Sunday worship. He or she is a driving force as well as being the glue that holds the whole thing together.

This church has been without its own vicar for about a year and, although normal life goes on with the help of visiting clergy and supporting assistants, it must be a huge relief to all to finally fill the vacancy.

And that’s why I’m here tonight. I’ve always liked the look of this church, a familiar sight on my way into Solihull for so many years, but I’ve never been in. Tonight is the service of induction for Geoff Lanham who will be the new vicar.

Knowle Parish Church - properly named Church of John the Baptist, Saint Lawrence and Saint Anne - is a big and very traditional-looking church. It has a large nave with decent side aisles and tonight every pew is packed. There are even additional plastic chairs in the central aisle and a few seats at the back. The sidesmen are acting as makeshift usherettes looking for gaps to be filled and trying to make sure everyone has a view. At the front no fewer than four big video screens mean even those tucked behind the hefty stone pillars don’t miss a thing. 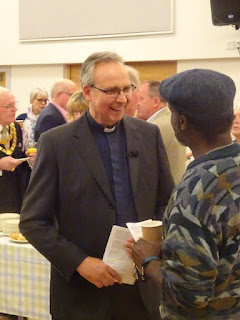 The regular congregation are here of course, impatient to get a look at the new man. But there are also civic dignitaries and quite a sprinkling of clergy from other churches. I arrived with the minister from the nearby Methodist church, keen to support a fellow member of the profession.

It’s a big service to match the big crowd. The Bishop of Aston presides over the bulk of a long service and adds a welcome touch of levity amid all the rigmarole. She makes regular allusions to the church as a ship setting out on a new voyage with a fresh face at the helm. Geoff is the skipper taking over an established crew. It’s a theme we keep returning to.

The induction of a vicar comes with a lot of promises. Promises on the congregation’s behalf to welcome the new incumbent, and promises from the new shepherd to lead his flock with wisdom and compassion. In some ways it reminds me of the promises made by all sides at a Christening. It stems from the days before the mass of criminal database checks in our modern commitment to safeguarding, but somehow an undertaking made before God and your future congregation is probably just as weighty. 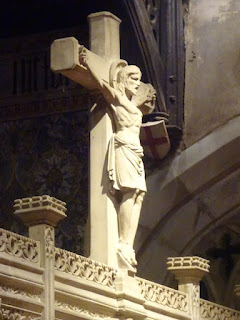 There’s a pleasing eccentricity to part of the proceedings. The new man is placed in the vicar’s chair and invited to lead a prayer from there. He’s then paraded down to the door of the church where his hand it placed on the door handle and, following a ceremonial tug on the bell rope, he gets the keys to his new church.

Having been given the official nod, one of the vicar’s first duties seems to be to accept a whole raft of responsibilities from representatives of the wider community.

The school governors will be requiring his input, the church wardens and youth leaders likewise. And from the mayor of the borough a very firm hint that his presence in the Lions fun run wouldn’t go amiss. The vicar’s busy time just got a whole lot busier it would seem.

A few splendidly-sung hymns later and it’s time for refreshments in the hall, plenty of handshakes and a groaning table of cakes. Those in charge of the baking have certainly made the warmth of their welcome abundantly evident.

And now the work starts. It must be daunting in a way. Joining any group as established as a well-attended church is hard enough. But to join it in the position of its new leader must provide added challenges. All churches have their ways of doing things. So. I firmly expect, do all vicars. As I head back into the night I only hope that whatever niggles there may be are suitably outweighed by the optimism and willingness so clearly on display throughout this service. 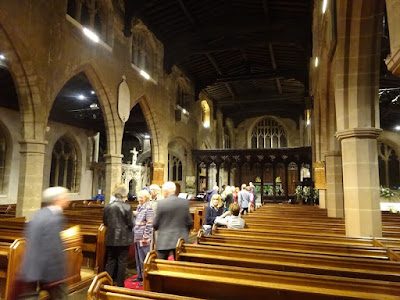 Posted by Matthew Salisbury at 14:05 No comments: