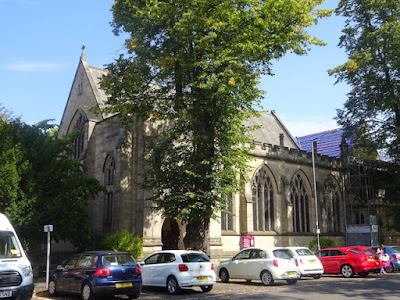 I got married in this church 32 years ago this weekend. We chose it because we wanted somewhere close to where we were living and it seemed a good, solid church. It still does - hemmed in by parking shoppers but still with enough big trees to look the part.

Not a lot survives from that day. I still have an album of photographs - all taken indoors as a fairly hefty summer shower pelted down outside. The photographs have begun to look a bit dated I suppose; a cross between hire-shop traditional for the men and best eighties hats for the women. My side of the church was significantly less full on the day. I come from a non-churchgoing background - I’m not sure my mother had seen the inside of a church since her own wedding. She would debate theology with anyone and was fascinated by other cultures, including the Jewish element in her own upbringing, but church was not part of our family life.

It was the first time in ages I had seen my father, mother and sister all in one place. It was never repeated and, unless the afterlife permits such things, never will be again. Thirty two years have seen a lot of changes. 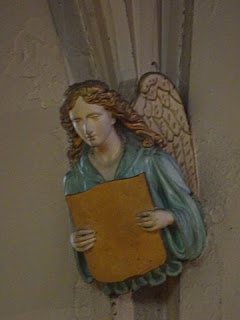 In some ways this morning has been about things which don’t change and things which do. There may be a new face looking out from the pulpit - and after 32 years why wouldn’t there be? - but the fabric and feel of the church is pretty much the same. There's a huge stack of roof tiles beside the altar, testament to the fact that even 'no change' takes its toll. An invitation to pray for the roof repair team is heartfelt.

I recall it being a church which drew the bulk of its congregation from the burgeoning retirement homes and properties in North Leamington. I recall too, the vicar at the time regularly choosing his time in the pulpit to warn these decidedly senior folk about the dangers of fornication and suchlike. The new curate Esther assures me that’s one thing that has changed.

After a series of services accompanied by guitars, keyboards and drums, it is both a pleasure and a relief to hear that Holy Trinity still boasts a fine organ and the personnel to play it. There’s something about the combination of church organ and some inspirational hymn words. I’ve wondered what makes people choose a particular church and - despite being a guitar player myself - this dependable, solid sound would be a must for me.

Another thing which hasn’t changed is that the organist who played at the wedding back in 1987 is in church this morning. He’s not at the keys as he’s taking a day off but it’s pleasant to remind him of what a fine role he played in our big day.

This morning’s readings provide an interesting theme. Based on the argument in the synagogue when Jesus decided to cure a crippled woman on  the Sabbath only to be chastised for working on a rest day, we’re invited to ponder which side of the fence we are when it comes to rigid rules or justifiable pragmatism. 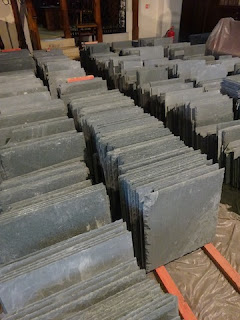 It’s an interesting debate. From the point of view of the the woman it’s a no-brainer. I doubt she would care what day it was or which rule had been broken. It’s tempting to view the nit-picking attitude of the elders as being just that. Surely you’d make an exception for something so audacious and impressive as that? And when all’s said and done it was a fairly quick laying on of hands - goodness knows what they’d have made of the shift Ben Stokes put in this afternoon to win the test match at Headingley. Perhaps, though, we’ve grown more accustomed to rules - particularly religious rules - not being as set in stone as they literally once were. It would be a strange world if we reverted to the six-day format still in evidence when I was young.

Curate Esther makes the point that we should all have the courage, from time to time, to stand up against rules we see harming the people they claim to protect. It’s an excellent point. Failing to do just that has cost so much down the years inside the church and in the wider world. I have a suspicion that the coming months and years will provide plenty of opportunities for us all to demonstrate our willingness to question injustice.

Despite not being here for three decades I shall retain a soft spot for Holy Trinity. It’s a good working church with a tradition and past which seems to be in very capable hands. For the record - I sat on the groom’s side. 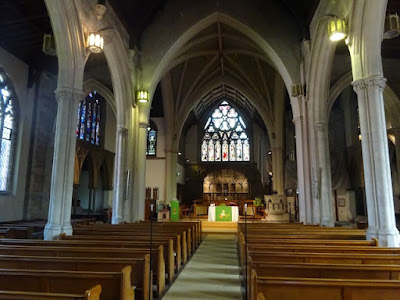