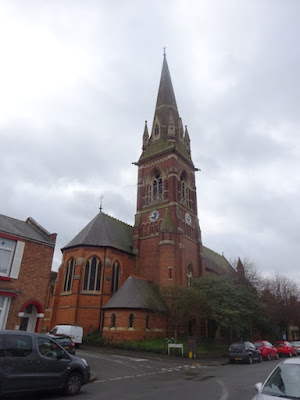 I have walked past this church many times but never gone in. That’s becoming something of a refrain in these visits and the act of finally passing through the doors has become a pleasure. As a student in Leamington I’d often find myself navigating, or offering directions to others, by the churches of the town. St Paul’s in Leicester Street was right opposite where friends lived; we later had a flat just behind Holy Trinity; you had to turn right at the Methodist Church to find where I once lived, and so on. My grandparents used to do the same with pubs, but for me - perhaps because they stood out so much - it was always the churches.

St John the Baptist is a vast, imposing church right at the corner of a road in which a group of friends lived. Built at the time the town was expanding rapidly to the south, it towered over the new homes around it as it still does to this day. Wherever I was when south of the railway I could always find my way to Hitchman Road.

The service today is a fully sung Communion with a start of 9.30am. Perhaps it’s that relatively early start that accounts for there not being a lot of people here, although that’s not something the priest remarks on when I speak to him after.
Inside, the church is every bit as imposing as it is outside. There’s a huge feeling of space, it’s cold (as you’d expect) and voices reverberate in the distance. Having taken my place I then opt to creep forward half a dozen rows to give myself a chance of feeling part of the proceedings. This church used to be able to hold a thousand. Now with its side aisle pews removed the contrast between available space and filled seats is unavoidable. 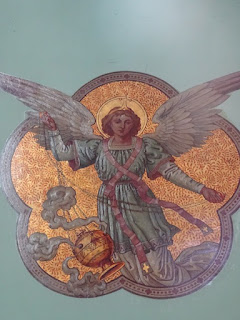 The altar group, such as it is, numbers only four and the priest, Father Stephen, is lucky in having an assistant who sings the liturgy, rings the bell, races to the piano to play and sing the hymns and still has time to be in position to lead the prayers. I can’t remember ever seeing anyone so busy on a Sunday morning.
This being the first Sunday of Lent the sermon concentrates on the nature of fasting and the approaches toward making your particular sacrifice for Lent. Nobody is expecting us to give up eating completely and starving for forty days - the church probably worked out at an early date that killing off believers through voluntary malnutrition was, in the words of modern politics, non-sustainable if a growing congregation was the target.

In essence it’s a symbolic suspension of luxury, of unnecessary indulgence, that’s being looked for. But it should be a sacrifice. Not going to McDonald’s appears to be Fr Stephen’s recommended response to the challenge. I ponder my breakfast of sugar-free muesli and skimmed milk and wonder again how far I can go. Perhaps the spoon is a luxury I could do without for a few weeks. 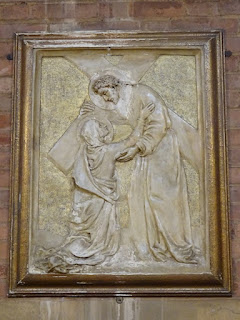 I’m glad to hear that Lent’s role as a time for studying scripture is still held as important. I’m continuing to look at the scripture passages and ‘thoughts for the day’ I picked up last week. Some lessons seem to appeal more than others, some I’m really not sure about. Like giving up chocolate or tobacco, perhaps studying is better if you’re in a group. I’m probably not really ready for either I suspect.

Among the many prayers offered this morning is one asking for wisdom for those steering us through the Brexit negotiations as the deadline approaches.   There is perhaps an irony in an institution as historically divided and entrenched as the church calling on others to put their differences aside for the greater good, but in these uncertain, troubling times we grab solace and hope wherever we can. Perhaps prayer will do the trick.

Given the lack of consensus, the pig-headedness, the selfishness and intransigence we’ve witnessed in the last two years at Westminster we might still be asking too much. 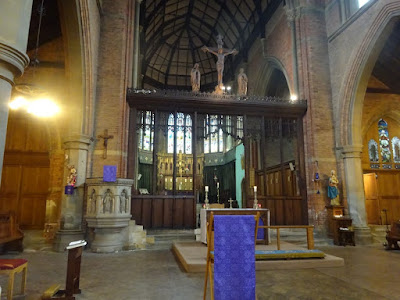 Posted by Matthew Salisbury at 13:21 No comments: