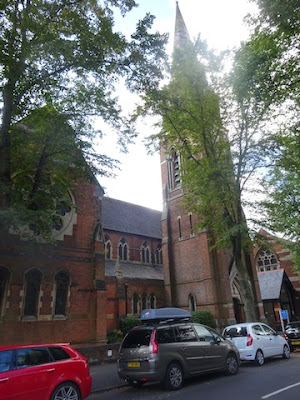 This church has changed a lot since I was last here. Mind you that was about thirty years ago. Back then it was a rather sombre building inside and out.  A dark, towering place so close to the road that it looked far too big for where it was. Inside it was dark wood and small windows. I went here once for a wedding which I recall not being the lightest of events anyway.

Now, a complete remodelling has opened up the interior. The pews have gone and the modern seats allow for a multitude of configurations. The windows may somehow let in more light (there’s a lot less dark wood to soak it up), but that could also be down to the four big screens looming over the congregation.

There’s a real sense of welcome to this church - always a sign that things are healthy and people are proud to share what they’ve got. It’s especially welcoming as this was not my intended visit this morning. A trip to Sydenham yielded not the vibrant church on the attractive website, but a set of closed and shuttered doors. That’s not the first time it’s happened - it’s a battle getting people through the doors sometimes so casualties are hardly surprising. 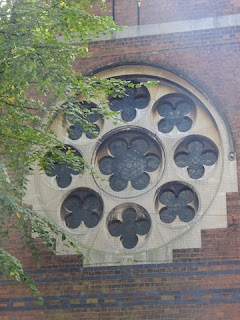 Today’s service is an all-age worship and it’s very well attended. I may have my qualms about the move away from hymns to a more modern sound but it’s certainly popular here. People of all ages are joining in - even when the lyrics on offer (and the actions which go with them) are definitely aimed at the under fives.

Vicar Jonathan leads a series of prayers offering thanks for (and to) those who work so hard to run the various youth groups. And we’re treated to a very well-produced video of what some of those youngsters made of a recent Christian festival they went on.

A video, a big screen, some music... could this be the influence of multimedia smart phone life coming through? Add to that a parable in the form of a children’s cartoon and a couple of lively presenters to analyse it and the whole sleek modern feel is there.

The parable for the morning is that of the prodigal son. I’ve always found this a difficult parable. Partly that’s because my deep-seated sense of morals leads me to believe the free-spending, selfish behaviour of the prodigal ought to end in some kind of comeuppance. It would in Shakespeare, in Dickens, in Enid Blyton. 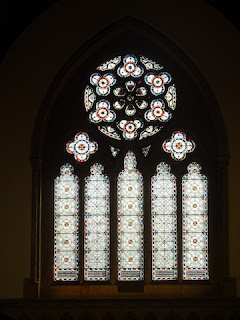 I know it’s a story underlining the forgiving, loving nature of parents (and through the parable, God) but it just seems unfinished. I’m happy with the idea of a forgiving God - it is after all the absolute basis of Christianity. I just stumble slightly at the idea there is nowhere you can go in life, physically or metaphorically, which is so far from God that you’d never be forgiven.

Many months ago I heard a Methodist minister attacking just this blanket absolutism when it came to always forgiving those who hurt us by turning the other cheek. She argued that there are some cases when we owe it to ourselves and those who might also be harmed in the future to refuse the other cheek and take action instead. I thought it was very brave and very laudable then and I wonder what she’d make of this reading of the parable today.

I think her message of ‘sometimes enough is enough’ could extend to there perhaps being some things that God would not forgive. Some actions which go beyond what even divine grace could sweep aside. I’m sure everyone could think of a few. As parents we know there is much that we’d forgive from our children and that love will always drive us to err on the side of compassion. But there MUST be things that lie beyond that line surely?

Hopefully, as this is a rare chance for me to be accompanied by my daughter before she heads off to university, it’s a theoretical line we’ll never have to explore. 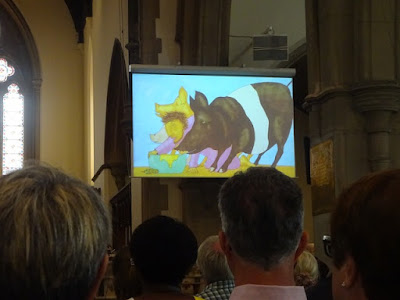 Posted by Matthew Salisbury at 12:16 No comments: