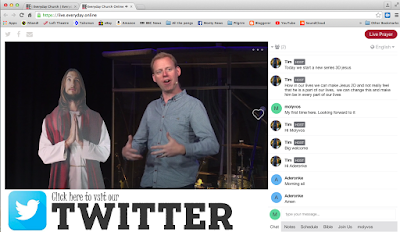 Yesterday I bought a book without going to a bookshop. I also kept up with a few friends without having the inconvenience of actually meeting them and I even managed to check the weather without having to open the curtains.

We’re all familiar with the online world and how it has changed the way we live. It used to be something we might worry about; If I had a pound for every person who told me the newspapers I produce would become extinct in a year, I’d be able to retire from my job at the newspaper. I suppose they are gradually going - as are many of the shops which sold them - but we’re just that bit more used to the change going on.

There have always been people who prefer the trappings of social interaction to come to them. Think of all those people who bought the record rather than go to the gig. Many people I know prefer to wait for the DVD rather than run the gauntlet of noise, phone lights and the smell of fast food which constitutes any visit to the cinema these days. 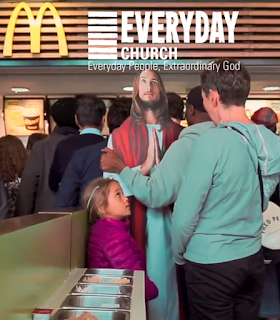 But people’s migration to online living leaves us with many social spaces less well attended than before. Perhaps the paucity of worshippers at many services is a reflection not of people’s disenchantment with what the church offers, more that they just don’t want to actually turn up week after week.

After a brief and not altogether successful Google I’ve found the Everyday Online church and with an hourly service starting in four minutes, I’ve barely time to find some headphones and make a coffee before I’m off to church.

The name Everyday Online has me pondering. Everyday mean normal, ordinary, humdrum even. Every day, on the other hand, means a constant presence. It could be a mistake; it could be a sassy attempt to cover both bases or even invite a comparison between the two. Oddly enough Ikea are currently using the same spelling. You have to wonder where in the spectrum of subtle or ignorant it lies. There is, as Nigel Tufnell once said, a very thin line between clever and stupid. 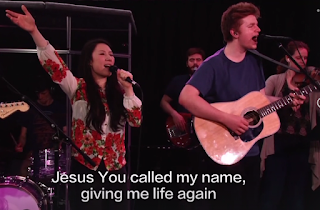 Everyday Church is not entirely virtual. There are a string of real, solid South London churches behind this website. But it’s the online incarnation which interests me. Click on the site and you can join any service live. Each service lasts an hour and includes much of what you’d expect to encounter if you pulled up to one of their real churches in Croydon or Wimbledon. There’s a welcome, some extremely well-produced music from the band complete with singalong lyrics, the option to join prayers and a lengthy sermon in the form of a lecture.

Darren is our online pastor, ironically he’s pictured against a background of a completely empty church. Giving the sermon is Phil. There are buttons to click to chat live with other worshippers or type in your request for a prayer. The sermon is backed up by exhaustive notes for those who want to delve deeper into its themes.

It’s a decent theme this morning. There are three key directions Jesus works, says Phil. In towards the the church family, up towards God and out into the wider world. Too many people - and too many churches - only cover two of those dimensions. Time to throw away your 2D Jesus and usher in the 3D saviour. And that he does - giving a fearful whack to the cardboard cut-out Jesus he’s been sharing the screen with.

It’s a compelling lecture full of references, philosophical and scriptural back-ups and delivered in a very watchable fashion. I can think of plenty of places I’ve been to where this standard of preaching would open up a few eyes. 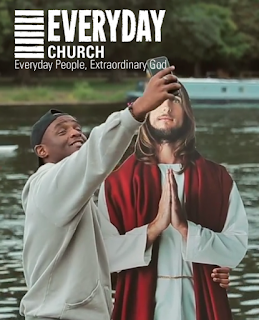 But absorbing as Phil is, he’s up against all the other distractions of being online. I’m drawn to the live chat as we go along, and the live request-a-prayer - although my request for the online community to pray for me to get round the afternoon’s cycling challenge in Coventry is shunted into the cul-de-sac of ‘someone will be with you shortly’.

I find myself wondering if Phil will notice if I just check the latest on Brexit resignations, order some more socks or have a quick game of solitaire. Such distractions exist in church, of course, but this seems relatively risk free.

Ultimately the online church route lives or dies on what it is you actually want.  There may be any number of reasons why people are in the unfortunate position of not being able to go to church and this could provide an option to them. But for those of us who can still attend, it’s a fairly straight question of where in your list of priorities you place genuine human contact. This is convenient, free (if you ignore all the ‘donate now’ buttons and banners) and only takes as long as it takes to watch. Do you really need to venture out and sit in a sparsely-populated building with a few others you only see once a week?

Judging by the overwhelming majority of the places I’ve been so far this year and the enjoyment of the community identities they’ve built up over years, worshipping alone on your laptop still has a lot of folk to conquer. 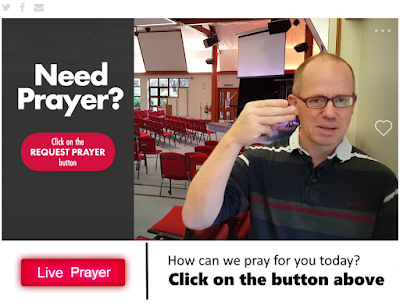 Posted by Matthew Salisbury at 07:28 No comments: