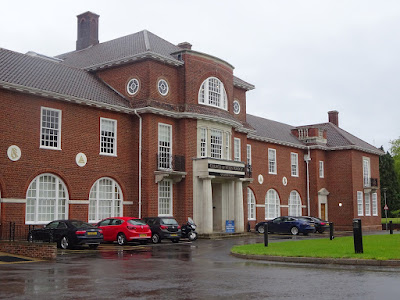 Every generation has its own cult religion to be lampooned and feared in equal measure. Simultaneously scorned for holding daft views based on crackpot thinking yet cast in the role of bogeyman for leading innocent victims away from their homes and their sanity.

Anyone of my age would remember the Moonies. The Unification Church under Sun Myung Moon had all the right cult attributes. Or so I recall, although I’d have to head for Wikipedia to flesh out the few things I can generally claim to know. Not letting details get in the way of rampant scaremongering, any sort of contact with the Moonies would - to my impressionable teenage mind - inevitably mean losing all your possessions, never seeing your family again and being forced to take part in a mass-marriage on the pitch of some cavernous football stadium in the far east.

I’m perfectly prepared to accept that there were genuine victims of such cults and their stories are undeniably harrowing. But the combination of religious ritual and the control of a strong leading personality always seems to add up to terror and snowballing mistrust on a crazy scale.

If you had to identify who today has picked up the Moonies’ baton it could well be the Scientologists. Many of those who I’ve told of my choice today have joked about never seeing me again. The church is founded on a set of defining texts created by a pulp fiction sci-fi writer, their celebrity following inspires plenty of controversy and - crucial to their critics in this country - they look and sound thoroughly American. Even the introduction to ‘Birming-Ham’ on the website is more Hollywood than Hall Green. 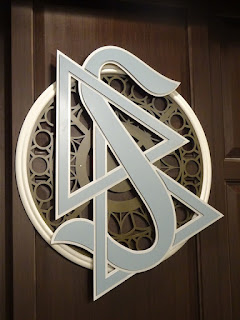 The Church of Scientology in Birmingham is a massive place in every sense of the word. It’s housed in a vast building with a fine columned entrance and impressively-manicured grounds. The car park is large and, although it’s fairly empty when I pull in on a Sunday morning, suggests numbers are confidently expected.

I’m here this morning, hopeful - though not confident - of attending a morning service, as a result of a phone call I made in the week. If you care to browse the organisation’s website you can find a wealth of information about what the church is proud of, what it supports, how it is relevant to you - but not a single mention of when you might be able to attend a church service. Not finding the information I wanted I picked up the phone and, following a rather stilted, evasive conversation, put it down very little the wiser. The church, according to the woman answering, likes people to come and take a tour round the information centre and talk with one of its welcomers, but she was not sure they held anything like a service I could attend. She was most keen to learn my name and couldn’t hide her unease at whatever she perceived my motives to be.

Nevertheless the welcome, at the very hotel-like reception lobby desk, was warm. I had to fill out a card with my details and a few profile questions including wanting to know how I’d heard of the church - odd that from an organisation which presses its global status in heady figures of members, countries of influence, churches established and so on. Why would I NOT have heard of them?

Still unsure if there will actually BE a service or not, and whether I would even get to see it, I spend time in the Information Centre where a battery of big touchscreens are on hand to play any one of hundreds of videos on any subject I might like to explore. Bit by bit these build up a picture of Scientology. It’s clearly a religion backed by a pulsating backing track and one in which everybody - and I mean everybody - has perfect teeth. I have nothing against the perfect world of corporate video-making but it can pall after a while. There’s only so many times you can watch sets of perfect teeth smiling at equally well-dentured children watching high-definition raindrops on perfect leaves, before the danger of cynicism becomes overwhelming. 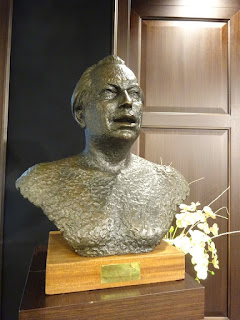 I’m particularly struck by a video profiling the religion’s founder L Ron Hubbard. Any faults the man may have had in his life have been glossed over to present a man who is better-read, more highly-qualified, more resourceful and shining with moral worthiness and probity than anyone who has ever existed. Bigging up the figurehead is nothing new of course, but I find myself wondering what would have happened had he ever met that equally over-praised leader Kim Jong-Un on the squash court - omnipotence in the otherwise mortal can frequently lead to absurdity.

There’s still no sign of a service and the clock has gone past the time I expected something to happen, so it’s back to the screens for more on how L Ron Hubbard’s words have cut crime or defeated the scourge of drugs or cured the psychiatrically vulnerable depending on which set of perfect teeth is talking to you. I prepare my excuses for a departure.

But then suddenly a surprise. I’m informed that Sunday service is about to start and I’m guided through to the building’s impressive modern chapel. It’s a very strange atmosphere though as there are only a dozen other people there, all of whom seem to have arrived together and are on chatting terms with my telephone answerer and guide who is now clearly about to take her first service. She directs rather than invites her congregation to sit closer and then haltingly reads the creed followed by the sermon - an article by L Ron - before introducing (no surprises here) a video to watch on the big screen. A hasty prayer, a quick parish notice and it’s all over, barely ten minutes in duration. I watch as my fellow attendees head out of the chapel door and back up the stairs to whatever offices or places of study they have evidently been coaxed from. I’m absolutely certain this ‘service’ has been constructed and performed entirely for me. I’m not sure what to think of that. It’s touching in a way but also bewilderingly naff.

It’s all a bit awkward as I leave with my guide still offering to answer any questions I may have, but I’ve seen all the videos I need to see. It’s hard to see Scientology as I’ve experienced it today answering life’s great questions, or any questions come to that. 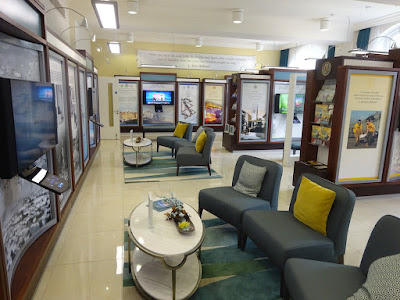 Posted by Matthew Salisbury at 09:30 No comments: