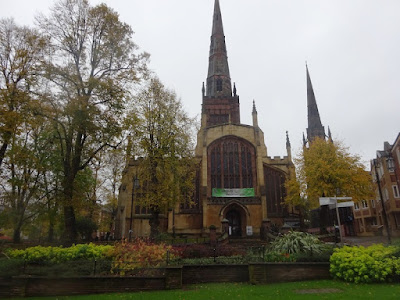 This imposing, rather dark church has been a secret pleasure of mine for some time. During the years I worked in Coventry it was somewhere I could rely on for a period of calm in the middle of the day.

There were occasional recitals to be enjoyed but mainly it was a choice of sitting on a bench in the cathedral ruins, when the season allowed, or coming in here to get away from the stress of the city and the job.

Holy Trinity has a commanding position. It is now the most dominant church in the city centre - partly because of its own splendid spire but partly owing to what happened to its closest neighbour, the cathedral. 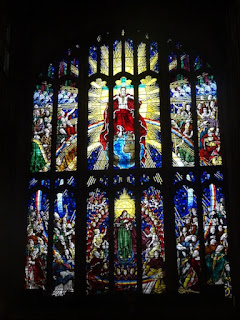 November 14, 1940 is a date the city will never forget. A ferocious and relentless attack from German bombers pounded the city and its people throughout the night. When the sun came up the following morning the city was unrecognisable.

Much has been written about the destruction of the cathedral; much has been made of the way the city rebuilt its Christian focal point and set about the even greater task of coming to terms with what had happened and coming to a lasting understanding with those who had done it.

It’s an inspiring story, miraculous in some respects, but there was an equally inspiring story just a few yards away at Holy Trinity. Knowing the likely onslaught to come, the church vicar led a team, including his own son, who camped out in the church and spent the night fighting the fires caused by incendiaries falling on the roof.

I often found myself wondering whether, given the same level of threat to life and limb, I would camp out to defend my place of work against the worst the enemy could throw at it. I have no doubt I wouldn’t, but then again, a church ought to be more than just a place of work and the commitment and bravery on display that night show that this building - along with many in the city - did hold a special place and still does. 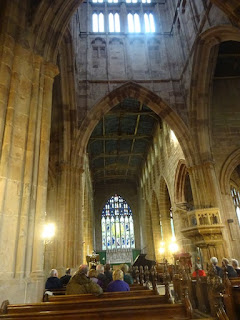 There was damage - some valuable, historic windows were lost - but the church stood as it still stands today, alongside the cathedral ruins and, of course, the new cathedral. I doubt if the heroic vicar saw it that way for a second, but there is an irony to becoming the city’s focal point for steadfastness and resolve only to be usurped by a huge modern interloper at the bottom of your garden. A case of ‘always the bridesmaid’ perhaps.

The service this morning is relatively well-attended and there are all the hallmarks of it being a city church: plenty of obvious regulars but many attending on their own looking for a community they may perhaps lack at home.

Perhaps no moreso than any other church in these time of dwindling numbers, but it is a pity this place isn’t packed out. It may not have the sheer acreage of stained glass or stunning tapestry you can get at the other end of the graveyard, but it is wonderfully appointed and, in the shape of a fabulous medieval painting of The Last Judgement, it has enough ‘things to see’ to put it on any casual pilgrim’s list. 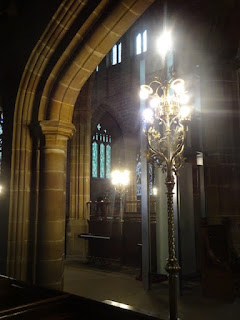 The welcome and the atmosphere are warm and genuine and it’s easy to see why those who choose to come here might value it higher than the automatic choice of the cathedral’s space and splendour.

This morning’s is a traditional communion and provides a welcome chance to dodge out of the bustle outside. Today the square at the church’s front is filled with the noise and movement of some sort of street fair which has the highest count of stalls selling fired things you really should not eat that I think I’ve ever come across.

As a footnote to this service, I noted among the congregation two people in England rugby shirts. It would have been three had I not opted to be a little more formal. I wondered whether they were here privately giving thanks for a victorious showing over the mighty All Blacks or to get in some early devotional credit with the Almighty about next week’s final. A bit of both I should imagine. 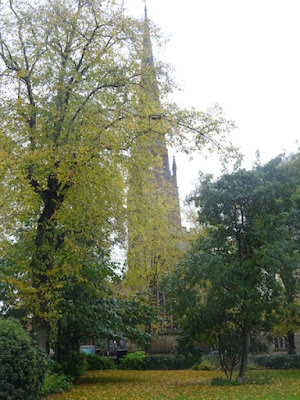