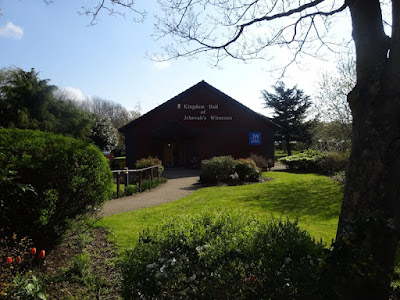 Quite often I like to watch football on TV. I can get very interested in the game - so much so that at times I hardly notice the logos on the players or the flashing signboards round the touchline or the way that every break in the game is an opportunity for me to be urged to join the happy, burgeoning betting community. Advertising is everywhere. I get stopped in the street almost every day to be quizzed on who supplies my electricity, and my phone and email inbox are constantly bombarded with offers to get compensation for  PPI I was never sold or accidents I (thankfully) never had.

It gets wearing of course. I mute the TV at half-time, I bin the emails and sail past street canvassers as if I have much more important things to do. And as for those who knock at the door and drag us from our sofas...

Not many people actually knock at my door any more. Power companies gave up a long time ago and politicians only appear when they get desperate for your vote. But every now and then, I’ll get a visit from someone who doesn’t claim to be saving me money, but instead wants to save me. 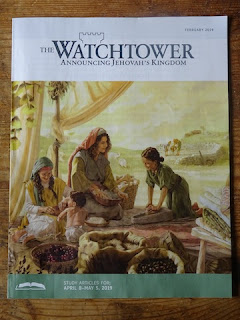 Just such an approach came a few Saturdays ago when a knock at the door revealed a chap called Richard who, it transpired, was a Jehovah’s Witness bringing me an invitation to join a bible reading event. He had his sales pitch ready and his supporting literature in his hand. And off he went. I think he was truly stunned when I said yes.

So that’s that brings me here this morning to Warwick’s Kingdom Hall tucked away behind some light industrial development near the hospital. There’s a full car park and a packed hall. The greeting is sincere and widespread. A succession of very similarly-suited men shake my hand and welcome me in. There are even reserved spaces at the front so I get the best view.

This morning’s meeting comes in two parts: A video talk on ‘reaching out for the real life’ given to all 120,000 Jehovah’s Witness meetings around the globe and a discussion on an article in The Watchtower concerning the value of integrity and how it can be maintained.

The ‘real life’, we learn from the almost salesman-like speaker interspersing leading questions with bible quotations, is reached by turning your back on the shallow cares of the modern world and embracing the word of Jehovah. Integrity, we are told, means staying true to your beliefs in the face of either temptation or provocation. In both cases the reward on offer for following Jehovah’s way is eternal life. 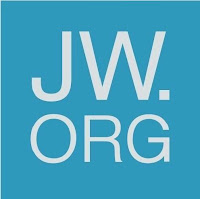 Our world’s modern day obsession with material goods comes in for criticism bordering on scorn. We’re shown a picture of a JW ‘brother’ resisting the temptation to buy himself a huge new television. The TV, we’re invited to understand, won’t improve his life because what’s on it won’t be any better than what was on his current telly. I feel like asking the entire row of people following the bible references on fancy apps if the word of God is any better on an iPhone5 than it is in a paperback book, but I resist.

Reaching out for the real life seems to require giving ownership of your self to Jehovah; maintaining integrity means putting Jehovah’s will above your own. If I’m perfectly honest, I’m not sure I’d swap a life of experience, emotion, free thought, risk and possibilities for an eternity of apparently slavish obedience. But it seems others would. I also think integrity is perfectly attainable within our flawed world. It’s not Jehovah’s voice that makes me stick to my integrity, it’s voices from my upbringing reminding me of the moral obligation of not giving offence if it can be avoided. So I hold my tongue.


It’s a huge part of any church’s purpose to spread the word and get people in through the door. Without new people all religions would simply wither and become even more marginalised than many now are. So you can’t really, on reflection, criticise them for trying. But they might just find out that following my own choices and whims, I don’t always answer my door. 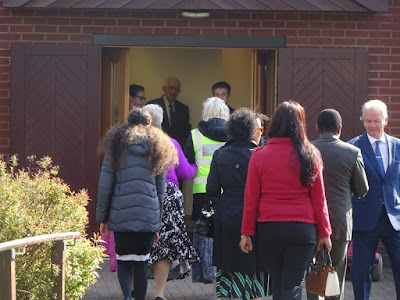 Posted by Matthew Salisbury at 11:53 2 comments: