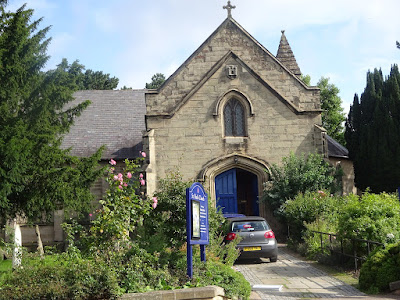 The new football season has started. Depending on who you choose to follow this might actually have happened last week. But this weekend has seen the big teams shove their much-vamped £70m players out onto the pitch and start the quest for more trophies, more fans and more money.

Football is a big money business - it has to be to sustain the jaw-dropping salaries, the pampered lifestyles, the absurd cost to TV companies so we can all watch wall-to-wall product.

But there’s another side to the game of course. Just a quick scan of yesterday's results from further down the food chain shows Newport traipsing all the way to Cambridge for a goalless afternoon. Wrexham will have clocked up a fair few motorway miles to get to Dover and heaven knows what time the players and fans of Eastleigh in Hampshire had to start out to reach Barrow-in-Furness in time for kick-off.

You have to wonder how teams like this keep going, let alone why. It can’t pay for a limited number of diehard fans to have to travel that far. Why sit for five hours on the M5 and M6 when you could just join the other millions watching Manchester City on the TV? The result is sparse crowds and teams barely breaking even. 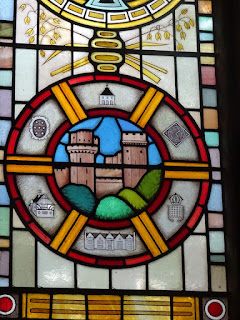 So what’s this go to do with a pilgrimage round churches? Fairly obvious, I suspect. This morning sees me at another Sunday service sharing a wonderful space with fewer than twenty people. There’s nothing wrong in that, but it’s a pattern I’m seeing time and time again. There are churches where the pews are full certainly, but there are far, far more where they’re struggling to hold onto a couple of dozen regulars let along bringing in anyone new.

A few years back there was a surprise hit TV show called Troubleshooter. Industrialist Sir John Harvey-Jones would take a break from running ICI to go and dispense wisdom - sometimes is a shockingly blunt fashion - to firms struggling with dwindling sales and ageing workers in tough markets. Quite often the advice would be radical and utterly without sentimentality. Change could be pretty brutal. I’d love to know what the great man’s view would be of all these under-attended, fairly static churches. He’d probably recommend closing most of them, selling them off and concentrating resources in those that remain.

Perhaps that’s what’s needed here. St Paul’s in Warwick - a gem of a church tucked away by the side of the racecourse - could easily find itself one one of the Troubleshooter’s hit lists. In some tough-talking board room scene it would be rendered redundant and its congregation simply grafted elsewhere. Of course there would be outrage and many tears but it’s all for the best isn’t it?

Judging by this morning’s welcome I’d say no. Fewer than two dozen there may be, but there is a pride in welcoming a newcomer to the church. The man who comes over to shake my hand asks my name and where I’m from and then proceeds to point out every single one of the congregation by name.  It’s an impressive demonstration of how close a family a small church can be. I doubt many people at the larger gatherings could boast the same knowledge of the people with whom they choose to worship. It clearly matters. 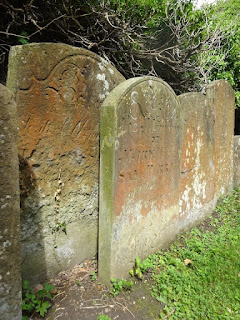 This communion service is one which mixes the traditional form of the service with songs rather than hymns. I have to admit that, after a long succession of such musical offerings, I am starting to pine for some decent hymns.

These modern songs are usually well-played (as is certainly the case here) but their banal, endlessly uplifting lyrics and strummed open chord sound (not to mention the unnecessary chorus repeats to drag out the length), can quickly become repetitive and deathly dull. I know being uplifting isn’t in itself a crime and is part of the whole church-as-spiritual-affirmation business, but sometimes a rousing rendition of Abide With Me can be equally inspiring and I find myself wondering if the advertised presence of a church organ should feature higher in my choice of where to visit next.

But as the final song rolls on St Paul’s offers something I’ve never seen before in the form of a very eye-catching flag dance performed to the side of the altar by a member of the congregation who’s clearly done this before. It works well, I have to say. Interpreting the music and providing a visual to keep us all focussed - John Harvey Jones would probably have recognised an innovative idea there and asset-stripped that for it to reappear elsewhere. For me it was just a further reminder, if one were needed, of how attached people become to their own place and how they demonstrate that connection in whichever way best suits them.

And in the end that’s what keeps all those small clubs, tiny family businesses and slightly becalmed churches going. Fans of Eastleigh don’t want a bigger club, they want this one. The same is true for companies which have done things one way for generations and would lose their soul if they suddenly changed tack overnight. For churches, there is always the feeling that things will carry on as they are as long as the people who go along want them to. It’s not efficient and it’s strategically fairly moribund but that’s just the way it is, and for collectors of churches like me, it’s a perfectly acceptable state of affairs. 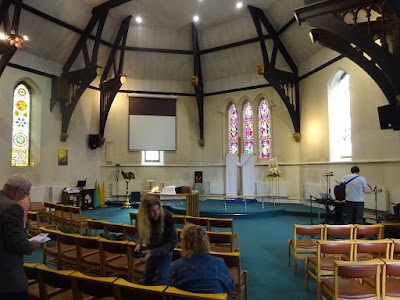 Posted by Matthew Salisbury at 13:23